Home Services Who is AWSM? 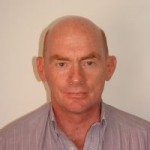 I’ve been working with computers since 1974 when I became a computer operator with CICS, a computer bureau running Univac 1106 main-frame computers. The computing power that filled a room in those days I now have in my study.

After becoming a programmer and systems analyst, and utilising my experience to develop a career in Management Consulting, the growth of the Internet in the early 90’s presented an opportunity that I grabbed immediately. I designed the first Wendy Machanik website, among many others, in a time when programming was still very much manual and limited.

Consulting proved to be difficult to escape, however, and I was invited to be a part of an Information Management and IT Outsourcing company, for which I developed a suite of tools and methodologies for developing Information Strategy and Infrastructure in large-scale organisations. After leaving them I then used my experience over the previous 20 years to develop a set of training courses for young adults with potential, focusing on Organisational Optimisation and Critical Thinking.

After finally getting out of the Corporate world, I went into Internet Marketing, and soon established a site that was ranked in the top 200 000 sites on the planet. I also became involved in Companion Animal Welfare, and over time developed a number of websites for purposes of bringing sustainable change to a sector in crisis. This soon became my core focus and the Internet business took a back seat.

I was asked a while ago why I did not do websites for others, and AWSM (pronounced ‘Awesome’) was born. I started it as a means to the end of financing my animal welfare work, but we shall see.